Evolution of technology in Nepal

Technology is a system of applied knowledge and problem-solving that is used to develop tools. It indicates that technology isn't always represented in objects or hardware. We may define technology as the ideas or concepts that underpin the tools we often identify with it. Basically, systems, techniques, and gadgets that are the outcome of scientific knowledge being applied to practical purposes are referred to as technology. The creation of knowledge that leads to the use of fundamental tools is the oldest and simplest kind of technology. It's a constantly changing accumulation of knowledge that shapes and are shaped by societies. 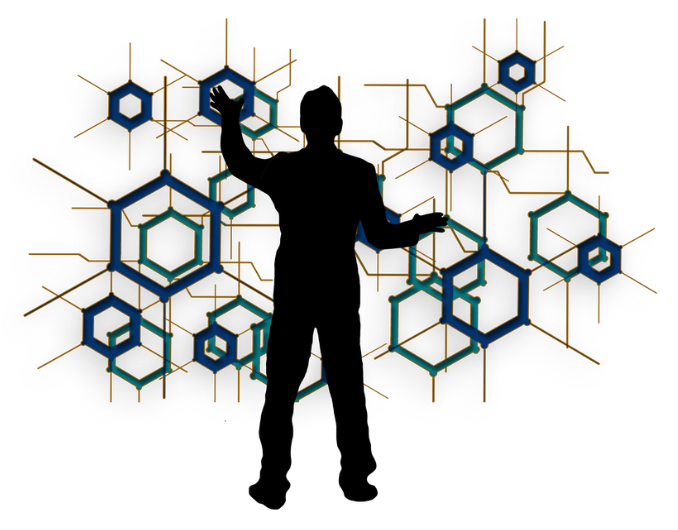 History of technology in Nepal

In terms of modern science and technology, Nepal has been a late adopter. Nepal is a developing country with several issues such as poverty, illiteracy, and unemployment. As a result, technology have always been lower on the government's priority list. For the first time in history, Nepal employed several calculators and computers to calculate the population census in 2028 BS. Since then, the area of information technology has experienced tremendous and progressive expansion. NTC developed a telephone service exchange in Kathmandu Valley in 1960.

To talk about the history of the internet in Nepal, the telephone line was established in Nepal in 1913 AD. Nepal began making direct international calls using the satellite earth system in 1982. Prior to the installation of the satellite earth system in 1982, international phone calls were not feasible in Nepal. The Internet's history in Nepal dates back to 1995 when the service was formally launched. In 1994, the first internet provider business, Mercantile, launched a commercial email service system. However, in 1995, Nepal's first Internet service was introduced through a private operator, and Mercantile was one of the first firms to offer the Internet to Nepal. According to the Nepalese telecommunications administration, barely 1% of Nepalese had internet connection until 2006, whereas the majority of Nepalese were unaware of the internet. There is no long history of Mobile GSM in Nepal. Particularly in Nepal, the first GSM mobile trial began on the 1st Baisakh, 2056 BS, and postpaid mobile distribution began on the 30th Baisakh, 2056 BS. Gazing at digital marketing in Nepal, Digital marketing became popular in Nepal in the late 2000s. Where digital banking has been a recent phenomenon in Nepal. In the early 1990s, Nabil Bank introduced credit cards, beginning in Nepal's contemporary banking age. In 1995, Himalayan Bank launched an ATM and a Nepali credit card for the home market. Kumari Bank was the first bank in Nepal to provide E-Banking (Internet Banking) in 2002. Similarly, Laxmi Bank was the first bank in the country to provide SMS Banking (Mobile Banking) in 2004.

There are other technologies in Nepal that have only recently begun to emerge. Nepal is confronted with a variety of economic issues, resulting in a technological backwardness.

Development phase of technology in Nepal

Nepal is still in the early stages of technology, and innovation development. While enormous progress has been achieved in the area of technology throughout the world, Nepal is still working to understand and achieve the worldwide expectations. It’s not been so long that Nepal established technological abilities in specialized fields like as agriculture, civil engineering, architecture, metallurgy, water management, medical, textile and paper manufacturing, dyeing, and food technology. In comparison to the previous several years, Nepal is slowly but gradually progressing in terms of technology. More than 300 legitimate private computer training institutes exist as a result of the success of NCCs. Due to an increase in number of computers and mobile phone users, as of Kartik 2074, there was an internet penetration of 63 percent, which is considered a decent level for an impoverished country, according to Management Information System (MIS).

The city area of Nepal got access to internet sooner than the village area. Later on, when Mr. Mahabir Pun finished his studies in 2002, he began the Nepal Wireless Networking Project, with the goal of connecting remote villages to the internet. In 2006, primarily rural 13 districts in Nepal's Mountain region developed a WIFI network. Mr. Mahabir pun successfully launched this service after 175 villages in 15 districts. This is why he was elected into the Internet Hall of Fame in 2014.

Advance I.T innovations have largely superseded traditional business and educational methods. Telecommunications and transmission medium are developing quickly and efficiently. As of 14 May 2019, Nepal's communications network had grown dramatically throughout the years, with the number of telephone customers (including fixed and mobile) reaching 40,789,198 subscribers.

We can see that Nepal's web history is brief, yet a lot is happening right now. In such a short period of time, enormous progress has been made. Furthermore, common individuals' access to the internet has been rapidly expanding.

People in Nepal are starting to utilize more digital payments as the internet becomes more widely available. All digital wallets, such as Khalti, IME Pay, eSewa, and others, have been increasingly popular in recent years. According to data, 10.15 million people out of a total of 30.25 million people use mobile banking services.

It is clear that technology has a bright future ahead of it. Nepal must adopt a culturally relevant national plan quickly so that technology can have a beneficial influence on the entire socio-economic development.

Public schools are one of the few institutions in modern Nepal that have not undergone significant technological advancements. The Nepalese government should investigate and implement a digitalization education program in these schools.

Nepal should establish a structure that allows young Nepali scientists with significant research outputs to readily enter institutions as research and teaching faculty. Once a research culture is established, it will result in high-quality papers, patents, and commercialization, allowing the research to be translated into practical results.

AI is anticipated to enhance e-governance systems and, more crucially, the quality of statistics for the government: better employment data, for example, contributes in the formulation of future economic strategies. Of course, such advantages are contingent on Nepal's regulatory framework and the rate at which new technologies are adopted.

Agriculture technology has the potential to attract Nepali youth to farming. The Nepalese government should concentrate on introducing more contemporary technologies to the country, as well as mechanisms and agricultural reforms.

The plan of strategies and execution of security techniques are required for the smooth working of this side of society.